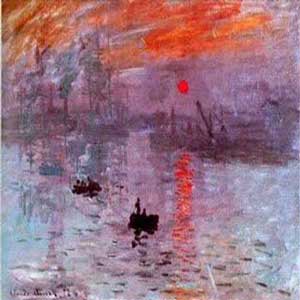 Debussy Claude – Arabesque No1
The Two Arabesques (Deux arabesques), L. 66, is a pair of arabesques composed for piano by Claude Debussy when he was still in his twenties, between the years 1888 and 1891.
Although quite an early work, the arabesques contain hints of Debussy’s developing musical style. The suite is one of the very early impressionistic pieces of music, following the French visual art form. Debussy seems to wander through modes and keys, and achieves evocative scenes through music. His view of a musical arabesque was a line curved in accordance with nature, and with his music he mirrored the celebrations of shapes in nature made by the Art Nouveau artists of the time. Of the arabesque in baroque music, he wrote:

“that was the age of the ‘wonderful arabesque’ when music was subject to the laws of beauty inscribed in the movements of Nature herself.”

Arabesque No. 1. Andantino con moto
This arabesque is in the key of E major. The piece begins with parallelism of triads in first inversion, a composition technique very much used by Debussy and other Impressionists which traces back to the tradition of fauxbourdon. It leads into a larger section which begins with a left hand arpeggio in E major and a descending right hand E major pentatonic progression.
The second quieter B section is in A major, starting with a gesture (E-D-E-C♯), briefly passing through E major, returning to A major and ending with a bold pronouncement of the E-D-E-C♯ gesture, but transposed to the key of C major and played forte.
In the middle of the recapitulation of the A section, the music moves to a higher register and descends, followed by a large pentatonic scale ascending and descending, and resolving back to E major.