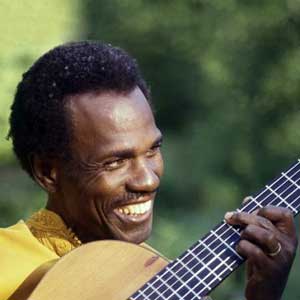 Celso Machado (born January 27, 1953) is a Brazilian world music guitarist, percussionist and multi-instrumentalist who lives in Gibsons, British Columbia, Canada. For over forty years he has performed on concert stages throughout Brazil, Western Europe and Canada, as well as in the United States.

He is active as a teacher, composer and recording artist. According to his biography, he has played onstage with renowned guitarists Sergio and Odair Assad, Badi Assad, Romero Lubambo, Yamandu Costa, Cristina Azuma, Peter Finger, and Solorazaf and has been an opening act for Brazilian jazz musicians including Gilberto Gil and Bebel Gilberto.

He is known for the ability to produce birds call imitations using wind and percussion instruments.