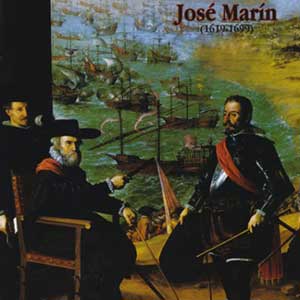 José Marin was a composer and Spanish singer born in 1618 and died in Madrid on March 8, 1699. He sang as a tenor in the royal chapel of Philip IV from December 1644 to June 1649. After traveling to Rome for ordination and the Indies, he returned to Spain in 1654. He was the singer at the Royal Monastery of the Incarnation in Madrid. Song composed Marin called, consists of 51 based human tones popular topics. His life was very turbulent, was imprisoned, exiled and convicted several times.

Later he regretted his adventurous life, effectively being restored ecclesiastical licenses. It is said that thereafter was a man of exemplary life until his death.

When Marin dies, the Gaceta de Madrid of March 17, 1699 reports: “Don Joseph Marin died, aged eighty, known inside and outside of Spain for his rare skill in composition and execution of music.”