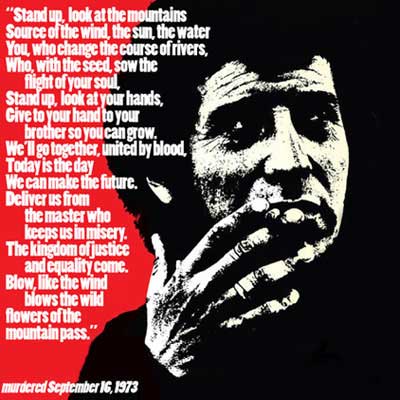 Shortly after the Chilean coup of 11 September 1973, Victor Jara was arrested; he was tortured under interrogation and ultimately shot dead. His body was later thrown out into the street of a shanty town in Santiago. The contrast between the themes of his songs, on love, peace and social justice and the brutal way in which he was murdered transformed Jara into a “potent symbol of struggle for human rights and justice”.