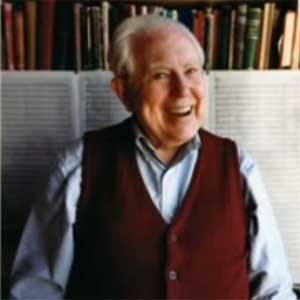 Born in New York City on 11 December 1908, Elliott Carter began to be seriously interested in music in high school and was encouraged at that time by Charles Ives.

With the explorations of tempo relationships and texture that characterize his music, Carter is recognized as one of the prime innovators of 20th-century music.