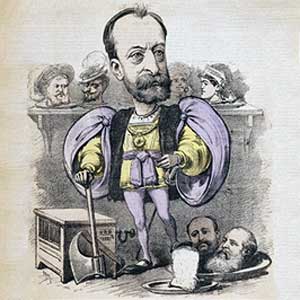 Camille Saint-Saëns composed his Cello Concerto No. 1 in A minor, Op. 33 in 1872, when the composer was 37 years old. He wrote this work for the Belgian cellist, viola de gamba player and instrument maker Auguste Tolbecque. Tolbecque was part of a distinguished family of musicians closely associated with the Société des Concerts du Conservatoire, France’s leading concert society. The concerto was first performed on January 19, 1873 at the Paris conservatoire concert with Tolbecque as soloist. This was considered a mark of Saint-Saëns’ growing acceptance by the French musical establishment.

Sir Donald Francis Tovey later wrote “Here, for once, is a violoncello concerto in which the solo instrument displays every register without the slightest difficulty in penetrating the orchestra.” Many composers, including Shostakovich and Rachmaninoff, considered this concerto to be the greatest of all cello concertos.