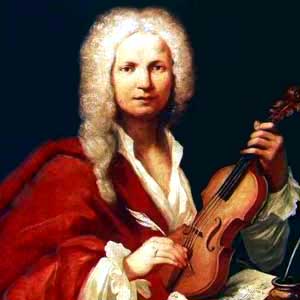 ‘La Follia’ (The Madness) is a musical theme of the most ancient and widespread in the music and European history. It originated in Portugal from 1500 to 1600 and was created to accompany a dance ballad by shepherds and farmers at a fertility rite, a truly embarrassing event that included dancers carry on their shoulders men dressed as women. In 1700 the ‘Folies d’Espagne’ becomes part of the repertoire of the French court, after suffering a solemnization treated before it is acceptable to the arrogance of the French and the slow and majestic courtly celebrations.

About Antonio Vivaldi (1678-1741) is one of the most virtuoso violinists of his time and a great music composer Baroque. Veneziano, the son of an amateur violinist who at one point gave the barber career to devote himself solely to music, had all the characteristics typical of the enfant prodige: red hair, bronchial asthma, intended, at the behest of his mother, the ecclesiastical life . This is because seeing him so sickly at birth, had seen fit to baptize him in a hurry and do promise that if he survived he would become a priest. That’s why they called him “The Red Priest”.

Of the original frenzy popular, ‘La Follia’ retains little, but can not lose what demonic. There is a definite melody (approximately the first 50 seconds) which provides the structure on which the performer is free to improvise. For the remaining nine minutes it comes to variations of this theme, which is usually expressed in its most simple and recognizable form at the beginning. ‘La Follia’, in fact, is precisely to signify obsession, mania, and highlights the stubborn character of the theme that comes back, again transformed, but basically does not change. Some of the changes are calm, persuasive, others hysterical, sensual, exciting; some by palpitations.