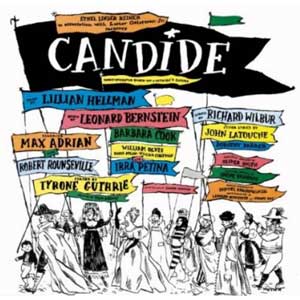 Bernstein Leonard - Glitter And Be Gay

Bernstein Leonard – Glitter And Be Gay
(from “Candide”)

Candide is an operetta with music composed by Leonard Bernstein, based on the novella of the same name by Voltaire. Cunegonde’s coloratura aria “Glitter and Be Gay” is a favorite showpiece for many sopranos.

This aria poses some difficulties. Technically, it is among the most fiendishly challenging coloratura soprano arias. If sung as written throughout (alternative phrases are provided at several points in the score), there are three high E-flats (above high C), two staccato and one sustained; there are also numerous uses of high C and D-flat. Some of the florid passages are very intricate, calling for marksmanship of the highest order. Theatrically, it demands an elaborate comic staging, in which Cunegonde adorns herself with jewelry while singing and dancing around the stage (much as does Marguerite in the “Jewel Song” of Gounod’s Faust), and has a satirical quality that is a challenge to perform.