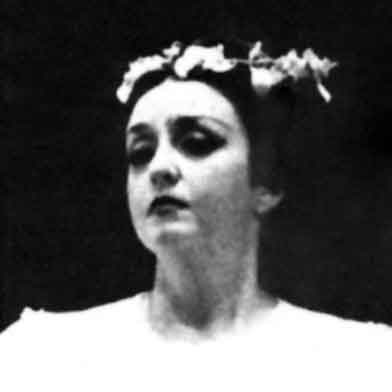 Georges Lambelet or Georgios Lambelet is a Greek composer, musicologist and music critic. He was born in Corfu on December 24, 1875 and died in Athens on October 31, 1945. He wrote songs, choruses and instrumental scores, as well as theoretical works on Greek national and popular music. He is considered one of the pioneers of the National School of Greek Music.

She tragically died in a traffic accident, at age of 48.